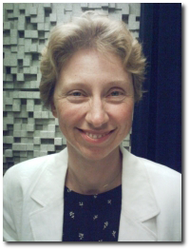 Musicians Playing Well Together Caroline Palmer - Professor of Psychology at McGill University and Canada Research Chair in Cognitive Neuropsychology of Performance 3.00pm - Bancroft Road Lecture Theatre BR 3.01 (preceded at 2.45pm by tea and followed by a reception - both in the Informatics Hub) All welcome (especially students), no pre-booking required

Several group behaviours such as conversational speech, dance, or ensemble music performance demonstrate individuals’ ability to coordinate their actions with others on a fine timescale. There has recently been a surge of research examining the basic mechanisms of perception and action that support group coordination. These theories distinguish between spontaneous forms of coordination, as when people begin to coordinate their walking stride, from intentional forms, such as clapping to a partner’s beat.

Theorizing about spontaneous and intentional forms of coordination together offers explanations of why some individuals play well together, while others do not.

She founded and heads research in the Sequence Production Laboratory, where her team investigates the cognitive and neural foundations (learning, memory, motor control, attention) that make it possible for people to produce auditory sequences, such as playing a musical instrument or speaking.

The research focuses on cognitive and motor changes that occur as people acquire performance skills in several laboratory settings, comparing beginners, experts, and special populations (disorders), to determine how sensory feedback is linked to the movements that produce speech or music.  How does the brain combine the “what” to do with the “how” to do it? More at ” www.mcgill.ca/spl”