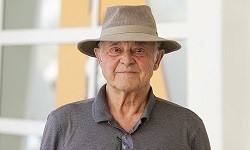 Title: Composing music from the inside-out and a bit of history along the way

The Centre for Digital Music at Queen Mary University of London is delighted to be hosting a lecture and concert by Professor John Chowning, discoverer of FM synthesis and founder of the Stanford Center for Computer Research in Music and Acoustics, with coloratura soprano Maureen Chowning, as part of the QMUL EECS Distinguished Lecturer Series. The event marks the celebration of the 50 year anniversary of the invention of FM synthesis.

The Distinguished lecture is free to attend, and tickets for the concert are £5 (£2 students).

Abstract: A lecture demonstration showing how the capacity of computer systems 50 years ago limited composers/researchers to only one of the sound generating/processing tools that are available today: synthesis. But, we learned much about the perception of sound as we wrapped our aural skills around the technology and discovered how to create music fromfundamental units — one of the discoveries was FM synthesis.  I will demonstrate how my earliest work in spatialization led to the discovery of FM synthesis in 1967 and how I then used FM in the music that I composed from the inside-out — beginning with the sound itself — based on what was known and what we discovered about perception.

This presentation will make use of sound-synchronous animations to elucidate these ideas and include a demonstration of the singing voice as controller in Voices.

John M. Chowning was born in Salem, New Jersey in 1934. Following military and university studies, he studied composition in Paris in 1959 for three years with Nadia Boulanger. In 1966 he received the doctorate in composition from Stanford University, where he studied with Leland Smith. In 1964 with the support of Max Mathews and David Poole, he began his research in computer music. Following the work of Stockhausen, he programmed the first generalized surround sound localization algorithm in 1968. He discovered the FM synthesis algorithm in 1967. Inspired by the acoustic and perceptual research of Jean-Claude Risset, he developed the algorithm, which Stanford University patented and licensed to Yamaha in 1973. It became the most successful synthesis engine in the history of electroacoustic instruments. From 1964 until 1996, Chowning taught computer-sound synthesis and composition at Stanford University's Center for Computer Research in Music and Acoustics (CCRMA). Among his awards are Diplôme d’Officier dans l’Ordre des Arts et Lettres from the French Ministre de la Culture 1995, and the Doctorat Honoris Causa from the Université de la Méditerranée in 2002.

Coloratura soprano Maureen Chowning studied at the Boston Conservatory of Music before moving to the San Francisco area. She has since appeared on the Public Broadcasting System’s NOVA series and Smithsonian World with Max Mathews, demonstrating his Radio Baton and conductor program. She has also performed at concerts in Canada, Poland, and Japan and at the International Electronic Music Festival at Bourges, France, where in 1990 she gave the world premiere of Solemn Songs for Evening by Richard Boulanger and in 1997 she gave the premiere of Sea Songs by Dexter Morrill. She was invited to perform Sea Songs recently in celebration of Max Mathews and the 50 th anniversary of Computer Music at the Computer History Museum and in the 2007 Bourges Festival. In addition to singing the premiere of Joanne Carey’s Three Spanish Songs, she and the composer presented the work in Poland, Hong Kong, Vancouver and Mexico. In March 2005 she gave the world premiere of “Voices” (version 1) for interactive computer and solo soprano at the Maison de Radio in Paris , commissioned by GRM and composed for her by John Chowning. In March 2006 she performed the US premiere of “Voices” (version 2) the as part of the Berkeley Symphony Concert series. Then in September 2006 she performed “Voices” and Jean-Claude Risset’s “Oscura” for soprano and computer in Buenos Aires and Montevideo. She is noted for her special ability to sing comfortably in alternative tunings, such as the Pierce scale, and in a wide variety of styles. Her repertoire ranges from Handel oratorios, operatic roles such as the "Queen of the Night" from Mozart's The Magic Flute, to contemporary music including works of Schoenberg, Babbitt, Qui Dong, Servio Marin, and Atau Tanaka. 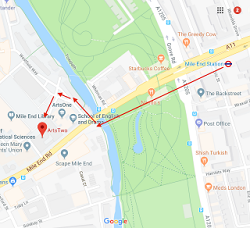