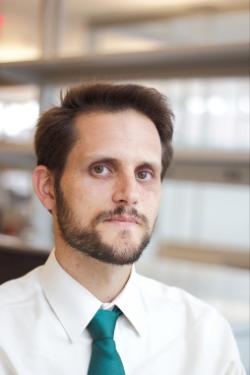 Hosted by the C4DM research group

Abstract: Western music improvisers learn to realise chord symbols in multiple ways according to functional classifications and practice making substitutions of these realisations accordingly. In contrast, Western classical musicians read music that specifies particular realisations so that they rarely make such functional substitutions. We advance a theory that experienced improvisers more readily perceive musical structures with similar functions as sounding similar by virtue of this categorisation and that this categorization partly enables the ability to improvise by allowing performers to make substitutions. We tested this with an oddball task while recording EEG. In the task, a repeating standard chord progression was randomly interspersed with two kinds of deviants: one in which one of the chords was substituted with a chord from the same functional class (“exemplar deviant”), and one in which the substitution was outside the functional class (“function deviant”). For function compared to exemplar deviants, participants with more improvisation experience responded more quickly and accurately and had more discriminable N2c and P3b ERP components. Further, N2c and P3b signal discriminability predicted participants’ behavioral ability to discriminate the stimuli. Our research contributes to the cognitive science of creativity through identifying differences in knowledge organization as a trait that facilitates creative ability.

Biosketch: Andrew Goldman is a cognitive musicologist from San Diego, CA. He completed his PhD in 2015 at the University of Cambridge with Prof. Ian Cross on the cognition of musical improvisation. He is currently a Presidential Scholar in Society and Neuroscience at Columbia University, and an Assistant Adjunct Professor in the music department. His current work focusses on developing theories of improvisation that are compatible with explanatory frameworks from cognitive science and neuroscience. He also conducts EEG experiments to test these theories. His work has been published in music theory and music psychology journals. Andrew also co-organizes Columbia’s Embodied Cognition Reading Group and the Comparing Domains of Improvisation discussion group. Andrew is also a concert pianist and composer. In 2014, Andrew’s original musical “Science! The Musical” was premiered in Cambridge, UK.