A new app, called Reel Reviews, which uses sophisticated computer analysis of comments from users on Twitter to give up-to-the-minute film ratings has been launched just in time for the Oscars. 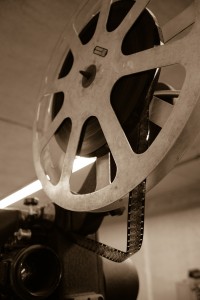 A new app, called Reel Reviews, which uses sophisticated computer analysis of comments from users on Twitter to give up-to-the-minute film ratings has been launched just in time for the Oscars.

The Android app, created by our researchers, uses sophisticated analysis, based on their research, on the way people talk on Twitter about the films they’ve seen to give ratings based on what real cinemagoers think.

One of the app’s developers, Dr Matthew Purver, Deputy Head of the Cognitive Science Research Group in the School of Electronic Engineering and Computer Science at QMUL, explains the complications of analysing how people talk on Twitter: “It’s not as simple as searching for positive and negative words, the way they’re grouped in a sentence or even the type of film they’re referring to can make a real difference.

“For example, someone might say that a film made them cry, which is usually a sign of not enjoying something but, in the context of a drama or romance, might mean that the film was good.  In the same way, a good horror film is scary and people will use negative words to give a positive review.  Reel Reviews can learn the difference from examples of good and bad reviews.”

In tests Reel Reviews was better at predicting which films would be popular at the box office than critics’ reviews.
Kevin Grant, who created Reel Reviews as part of a masters project, said:

“Critics’ reviews are all well and good but the films they recommend often aren’t the ones that audiences really love. In the same way, box office figures show how many people have been to see a film but not what they thought afterwards. With Reel Reviews audiences can find out what other filmgoers think almost as soon as the leave the cinema.

“Reel Reviews is truly unique in basing its movie ratings on what real people actually think of what they’ve watched. By automatically mining social media and detecting the strength and sentiment of people’s opinions, the app provides up-to-the-minute data which really reflects public opinion.”

Once users have looked at the Twitter ratings they can compare them to critics’ reviews, view details about the film, and find out where they can see it.