Providing secure wireless connections and improving the efficiency of communication devices could be another application for graphene, as demonstrated by scientists at Queen Mary University of London and the Cambridge Graphene Centre. 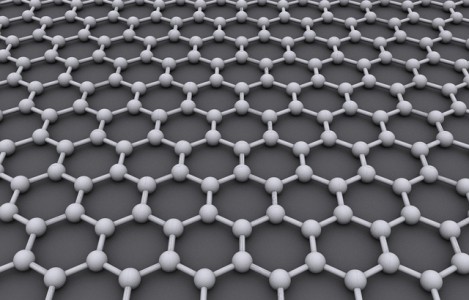 Providing secure wireless connections and improving the efficiency of communication devices could be another application for graphene, as demonstrated by scientists at Queen Mary University of London and the Cambridge Graphene Centre.

Often touted as a wonder material, graphene is a one-atom thick layer of carbon with remarkable, record breaking properties. Until now its ability to absorb electromagnetic radiation – energy from across the radio frequency spectrum – was not known.

Publishing in the journal Scientific Reports today (Wednesday 19 February), the scientists demonstrated that the transparent material increased the absorption of electromagnetic energy by 90 per cent at a wide bandwidth.

“The technological potential of graphene is well-known. This paper demonstrates one example of how that potential can translate into a practical application,” said Yang Hao, co-author of the study and Professor of Antennas and Electromagnetics at Queen Mary’s School of Electronic Engineering and Computer Science.

“The transparent material could be added as a coating to car windows or buildings to stop radio waves from travelling through the structure. This, in turn, could be used to improve secure wireless network environments, for example.”

The researchers placed a stack of layers of graphene supported by a metal plate and the mineral quartz to absorb the signals from a millimetre wave source, which allows the efficient control of wave propagation in complex environments.

Co-author Bian Wu, who is at Queen Mary from Xidian University in China on a scholarship from China Scholarship Council, added: “The stacking configuration gives us better control of the interaction between radio waves and the graphene.”

The group is now developing prototypes like wireless networks, which are aimed to take the graphene from lab-based research to engineering applications.