New research illustrates the improvement in global air quality due to the reduction in human activities during the pandemic. 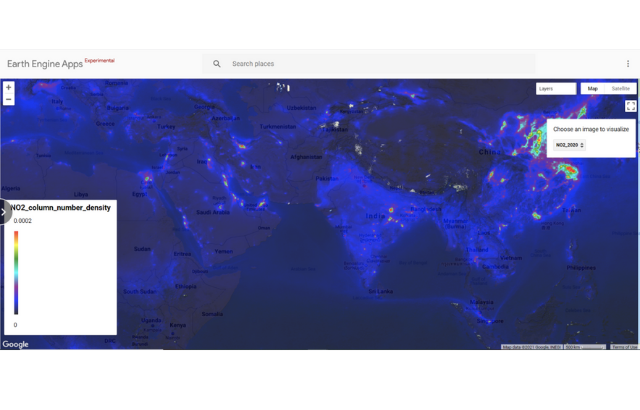 A new study featuring Dr Sukhpal Singh Gill from the School of Electronic Engineering and Computer Science has found air quality improved across the world during the COVID-19 pandemic. The research examined the effect of human activities on pollutants in a real world setting, in the first comprehensive global study of its kind.

Air pollution is a known health hazard, with previous studies suggesting it kills more people than smoking. Scientists have previously reached this conclusion using weather and climate-chemistry models, but there has been no way to test these findings in the real world. A reduction in human activities during the pandemic provided the researchers with an ideal environment to test this theory.

During the pandemic, a reduction of pollutants including Nitrogen dioxide, aerosols and sulphur dioxide were recorded, caused by a decline in human activities including transportation and industrial production. A significant positive change in air quality was found, and pollution levels declined by around 30%-50% in mega cities across the world. The findings found large reductions were observed worldwide, with significant reductions noticed over megacities. This included a huge reduction of PM2.5, with findings of up to 50% in certain areas.

PM2.5 refers to particles that have a diameter of less than 2.5 micrometres, which are formed as a result of burning fuel and chemical reactions that take place in the atmosphere. This is a significant finding as PM2.5 is a known pollutant which can cause serious health problems, and highlights the role of human activities in polluting the environment.

The findings from the study help to conclude air pollution across the globe is man-made, and will serve as a testbed for climate sensitivity to chemical species in the atmosphere. This work can be used by policy makers in various countries adversely impacted by air pollution around the world. The benefits of this study are twofold. Not only it has established the long proposed hypothesis of human induced air pollution and global climate change, it can also be used by various chemistry-climate models to validate their results using the data shown. Improvements in the chemistry-climate models are expected to lead to improved air quality forecasts.

Due to the scale of the project, state of the art high resolution satellite datasets were used. Data from the pandemic period was compared against the previous year, requiring a lot of satellite data processing on a global scale. Traditional methods have required large computational facilities, and due to this only focused on specific regions of limited area. However, for this study, the researchers utilised Google Earth Engine as a cloud computing platform to analyse the data, and created an app for easy visualisation. This helped provide faster calculations and interpretation of the data, and allowed the study to record findings from across the world.

The researchers have released code as open-source software. The implementation code with experiment scripts and results can be found at the GitHub repository: https://github.com/iamssgill/ClimateCloud