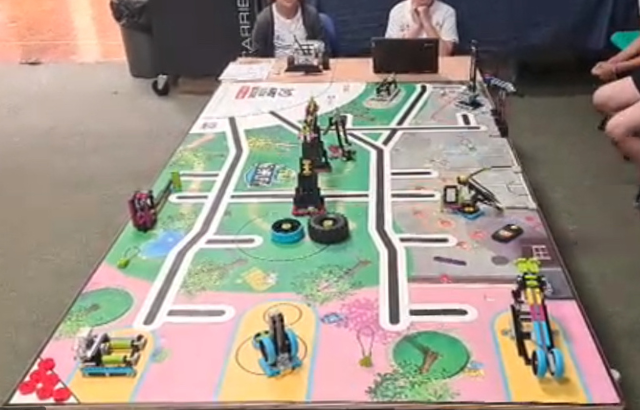 First Lego League (FLL) is a global science and technology challenge that encourages an interest in real world scientific and technological issues and help develop key skills that are crucial for the future careers of young people. The tournament has always strived to bring students together to learn about problem solving and taking on engineering tasks, and even with the world pandemic it has been achieving these goals.

A typical year would see a regional tournament like the one held at QMUL host around 250 students and teachers in a one day competition packed with excitement and awe. This year First designed an online system that brought together the teams virtually and allowed for the competition to take place in a safe and secure environment. This also meant that a physical restriction did not stop the proximity of volunteers and teams taking part which resulted in a wider reach of participants this year.

Student teams had the additional challenge of bringing their own teams together and working online and for limited periods of in class time to build their robots, solve problems and research a project. As usual with FLL teams they all came through with flying colours!

Kok Ho Huen, Electronics Lab Manager and First Lego League organiser, said: "QMUL has run FLL for 5 years and believes in its ability to kick start a students intrigue and allow them to develop engineering skills for a future career in a STEM subject. I’m always amazed at how students perform in these situations and their overwhelming enthusiasm in taking part. Our volunteer judges are always impressed by the students ability to present themselves professionally and demonstrate their ideas clearly. This is a testament to the teams hard work during the past year. It is a pleasure and real satisfaction to host the FLL London East."

Aaron James Cuthbertson joined FLL as a competitor, and returned this year as Head Judge in the Queen Mary competition. It was thanks to his involvement with FLL he found out more about studying at Queen Mary, and he’s now studying a Degree Apprenticeship in Software Engineering.

“The FLL challenge is all about inspiring students into engineering. The energy you get at a tournament, especially national and international competitions can be electric! Some of my favourite moments centre around meeting other teams, and sharing the work you’ve done FLL 1teams from around the world.

My mum originally signed up for the FLL tournaments not really knowing much about the competition. Three years later I found myself winning the newly established Queen Mary tournament, then taking overall runner up position at the UK and Ireland national finals, and finally winning an award for our project at the international tournament that year in Tenerife! Since then I’ve been volunteering and mentoring in the competition at Queen Mary and other tournaments.

Becoming a head judge is a great opportunity, and having already been a competitor I already have a really in-depth knowledge of the competition. I know how important it is for teams to ensure everything is judged fairly, so getting to oversee all of the scoring and judging is a big responsibility. It’s also a great opportunity to help ensure the tournament run smoothly for new teams.

The best thing a new team can do is get stuck into the competition. The winning teams are not the ones who know the most already, or who have the most experience, but the ones who can bring the most enthusiasm and learn the quickest. I speak from experience – we were beaten in a national competition by a rookie team of primary school students who mopped the floor with the rest of the competition! If you put the time and work into the competition, not only will you be successful, but you’ll also learn skills that many graduates may not have learnt yet, such as teamwork, communication and project management.

I wish every student could take part in the FLL. I’ve seen people who have never done a word of public speaking stand up in front of a panel of judges. Students who have never worked in a team before will learn how to work with others, learn how to communicate and coordinate ideas, taking on board feedback and using engineering principles to solve complex problems. I can confidently say the vast majority of skills I now use as an engineer came from the FLL challenge.“ 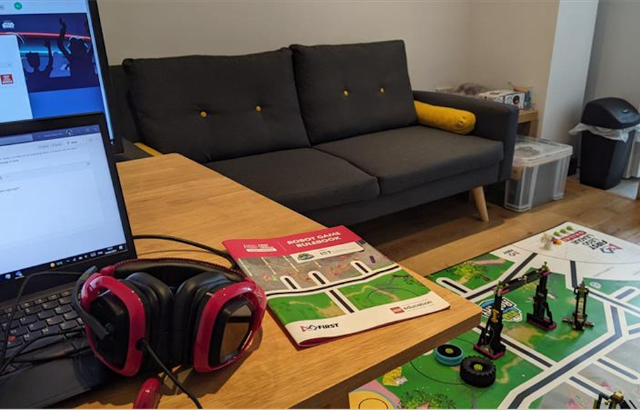