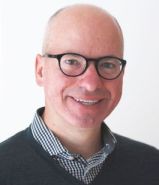 Prior to joining Queen Mary University of London in 2020, he was Chief Scientist in Computer Vision (EU) for Huawei Technologies R&D where he led a team of research scientists working in computational photography, studying the camera image signal processor (ISP) pipeline including denoising, demosaicing, automatic white balance, super-resolution, and colour enhancement for high quality photographs and video.  Earlier industrial appointments include Medicsight, where he led a team of research scientists in detection of pre-cancerous lesions in the colon and lung, imaged with computed tomography; with the companys ColonCAD product receiving FDA clearance and CE marking.  He also was an employee of Siemens, where he performed research in medical image computing and 3D shape modelling. He holds 36 granted patents and has over 150 publications.

He earned a PhD in Electrical Engineering from Georgia Institute of Technology in Atlanta, USA where his thesis focused on reconstruction of 3D shapes from 2D photographs.  For six years he was an academic at City, University of London where he taught modules in computer vision, graphics, computer games technology, and programming in addition to leading research grants funded by the European Commission, EPSRC and Innovate UK.  He was awarded a university-wide Research Student Supervision Award in 2017, and a Teaching in the Schools award for the School of Mathematics, Computer Science, and Engineering in 2016.

More details can be found at http://eecs.qmul.ac.uk/~gslabaugh/