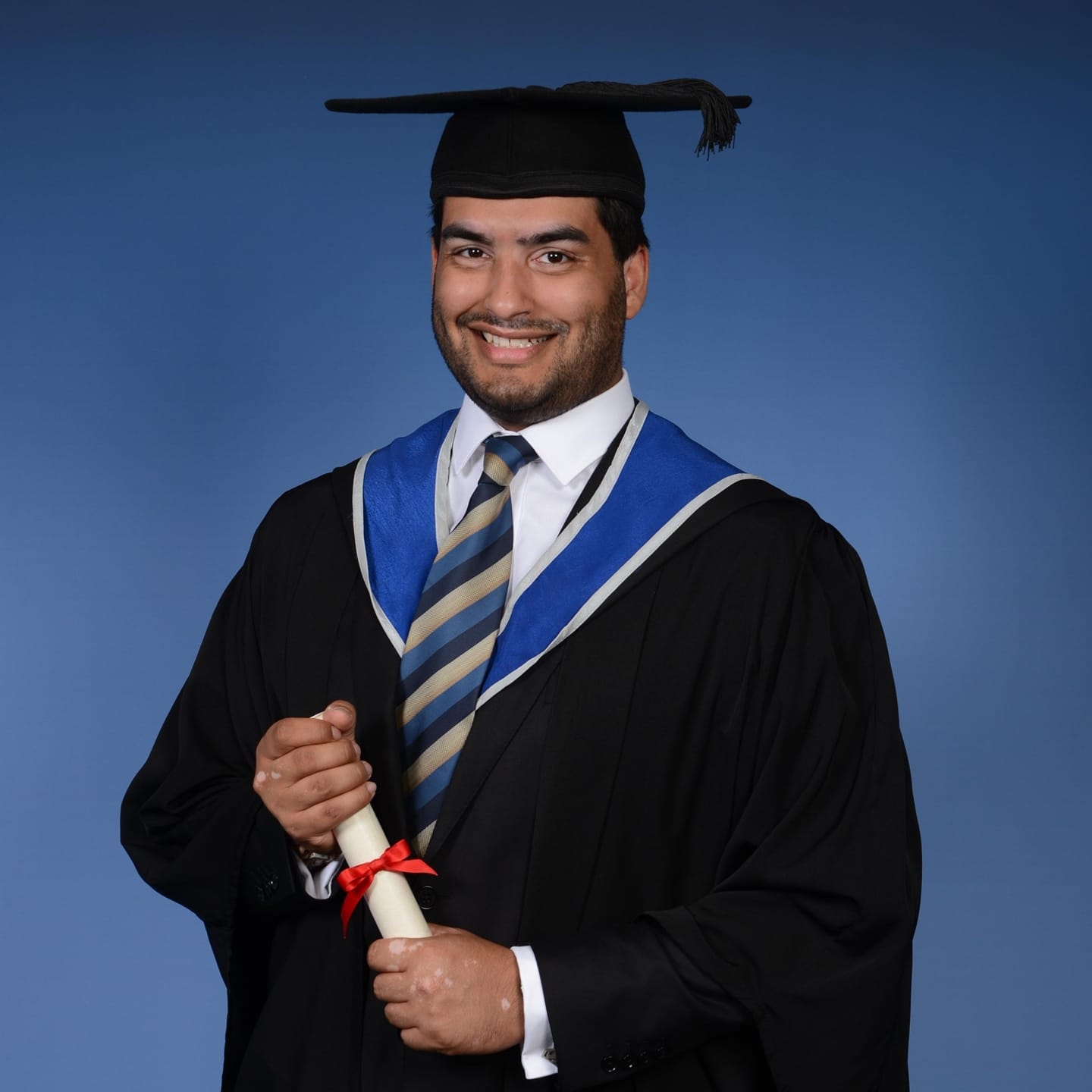 in Computer Science with Industrial Experience in 2019. I did an industrial placement year at IBM where I worked as part of the infrastructure team on a product called ‘App Connect Enterprise’, where I supported the development team by maintaining and improving their build and test infrastructure. After graduation, I was able to secure a graduate role with IBM and am currently a Cloud Integration Developer working on a Kubernetes application to allow the reuse of assets within enterprise applications, as a part of the Cloud Pak for Integration.

Tell me a bit more about your course

My degree was my first experience of programming, which I had never done before university. The lecturers were very knowledgeable and were also very effective in sharing that knowledge with us. For my final year project, I was tasked with identifying a problem and finding a tangible solution. I chose to build a universal smart fire alarm application which could be operated by all alarm systems. I researched that the cost for a fire alarm company to develop a smart application for each product was extremely expensive. I developed an app that each company could connect their alarms to and the customer would just need to download the app. The main feature was that if the alarm was on for over 5 amount of minutes with no user response, there would be an automated message sent to the local fire station. A high number of deaths connected with fires is from smoke inhalation where people become overcome by smoke and are unable to reach exits. By creating a smart fire alarm application, I hoped to save lives and speed up emergency response times.

What was your favourite memory from your time at Queen Mary?

I was part of a team of five Computer Science students from the School who won the Cisco Switch Up Challenge. We had to compete with other teams, from different universities across the country, to come up with an idea that would help tackle a social or environmental issue by solving a specific problem. We developed a business and marketing strategy for a product which aimed to improve the wearer’s posture using wearable tech. The prize was a trip to the Cisco headquarters in California which was really inspiration and meant we were able to meet lots of very senior and experienced people within their company.

What have you been up to since graduating?

I have recently launched a new app, which I created with a group of friends I met, who also studied Computer Science at QM, which is free to download for the App and Play stores.  In our second year, we decided that we wanted to design and build an app, but weren’t sure what it would do. Getting around Queen Mary revolves around your key card and without it, you’re unable to access any buildings, including my halls of residence. Most of us had experienced a number of occasions where we forgot our fobs and were locked out. This is where the idea of ‘’Who’s In’’ grew.

The main premise of “Who’s In” is that you can create private groups, or “circle”, associated with a specific location. Users can check-in and out of their halls and anyone in the private group can see who is in their flat, office or home at a glance. The app makes sure that students are able to quickly identify who is in their flat. If they are stuck in a lecture when their ‘ASOS’ delivery is on its way, or they forgot their key card to get back in a building, they can quickly check who is in rather than calling everyone in their phone book.

Although this was initially created with first-year students in mind, there are many scenarios where this app could be useful. We are now in an age of flexible working where many people are no longer working the traditional 9-5. Teams could use this app to check-in and out of the workplace. If someone was running late for a meeting and needed something printing, or they needed a person to look something up on a work system, they could have a quick check of the app and see who is in the office. The app is developed to be secure and spam-proof which gives the user full control over what they share.  This ensures that all users are able to choose when and who they share their location with.

Whilst developing this app, we made sure that data security and privacy is at the heart of everything we do. As such, all of our data is sent securely, and the information about who is checked into a circle is only visible to other members of that circle.

What were some of the issues that you encountered in the app development process and how did you overcome them?

We started this project in our second year so we have put a good number of years into making the app as good as possible.  However, like any product development, there were a number of roadblocks in the process that we had to overcome. One of the first issues we encountered is that early on in the process, most of the team could only program in Java. This meant that we would only be able to launch the app on Android and not iOS. During our placement and final years, we were exposed to more new languages, such as Node.js and Python, and people who could help us learn them. This not meant that we were able to write both the front and backend in JavaScript, but we only had to write the front-end once, and deploy it for both Android and iOS.

We also found that our expertise was focussed on the software development side rather than the necessary additional requirements for product development such as marketing. It wasn’t until a team member did their placement year at Vauxhall, in the marketing team that we learnt about how to market our app. We were able to draw on his experience and lean on contacts, whilst learning how to conduct our own meaningful market research.

What else have you been up to since graduating? 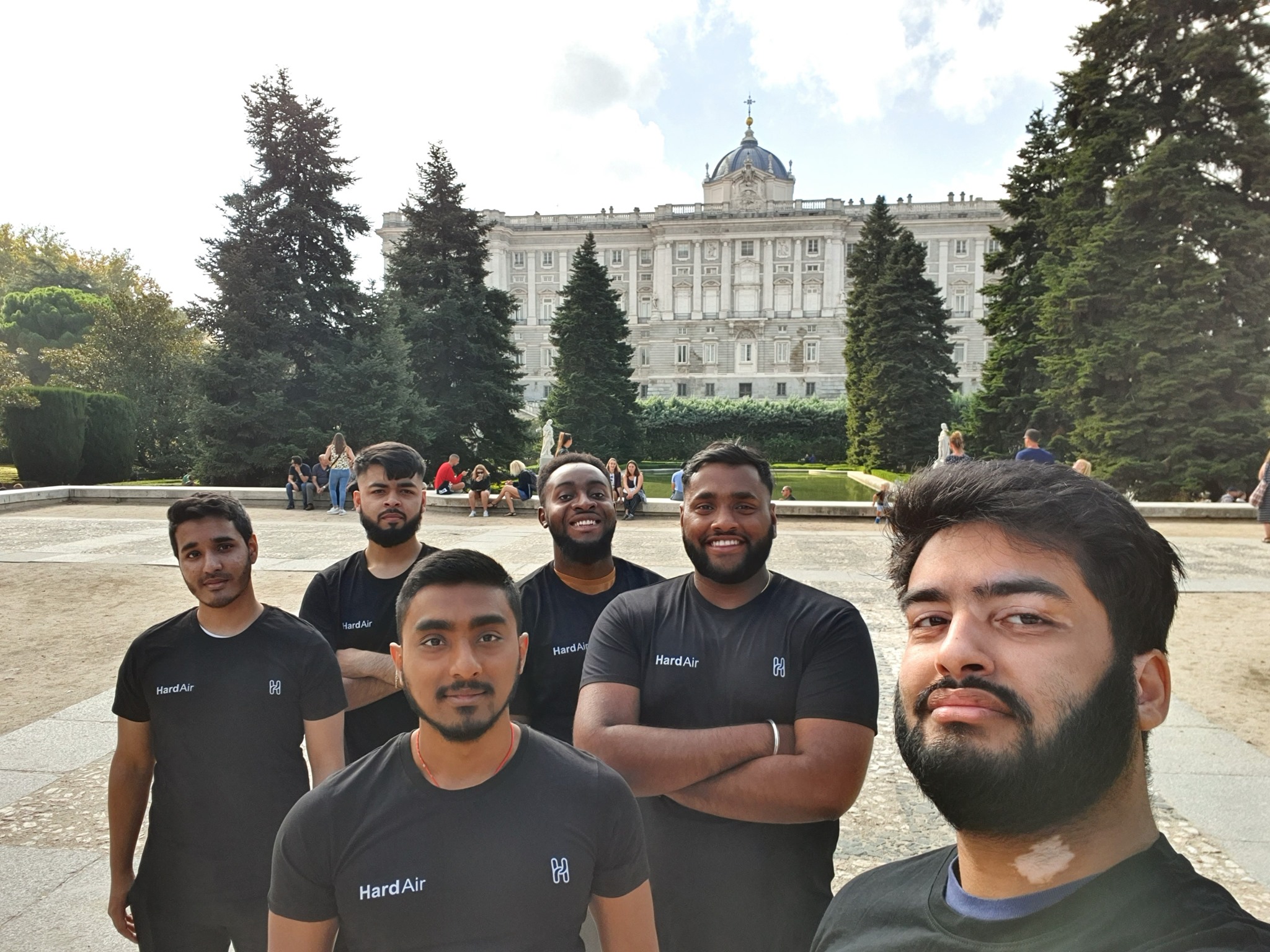 At the start of lockdown, everyone started doing quizzes online with friends and family over Zoom. I found that most of these quizzes were multiple choice which guarantees a level of ability for people to guess.  It is free to host quizzes, and users can play from anywhere, but experience it as if you were in the same room, with real-time technology.

Quizzy lets users submit open-ended questions using free form text, removing the ability for guessing. We followed the Agile methodology that we learnt during our time at QM. We started by building a prototype, to prove the concept and get feedback on the idea. We then made that available to the public, whilst incrementally making improvements and adding new features such as auto marking, speed bonus’ and picture questions. We are working with schools to adopt it within the classroom making it their official in-class quiz app.

What examples can you share where you have applied the knowledge you learnt in your degree to real life?

The database module in the second year taught us how to build a complex database which this required for the “Who’s In” app and allowed us to be able to build it ourselves rather than procure an expensive external service. The final year Semi-structured Data & Advanced Data Modelling module gave us the exposure and confidence to use a NoSQL database for Quizzy. Design for Human Interaction gave us the required knowledge to ensure that our user interfaces are usable and ergonomic. The market research and project ownership skills that we picked up while doing our final year really enabled us to do both projects properly, teaching us how to research and know our market, as well as establishing requirements and designs.

What would you tell someone considering doing a degree in Computer science, Software Engineering or Electronic Engineering at Queen Mary?

In short, do it! It’s an industry that is growing at an incredible rate and there are so many jobs out there for graduates.  You don’t need to come from a technical background, you just need to have an interest in technology and computers.