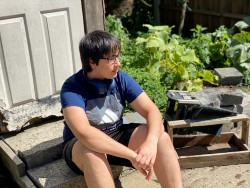 Shazib is studying BEng Electrical and Electronic Engineering at Queen Mary. He told us about his experience of joining us through Clearing.

Leading up to results day I was panicking with butterflies in my stomach. I was sat at my dining table frantically checking UCAS at 7:59 am (opens around 8 am) and feeling absolutely nervous. Out of the many plans I anxiously made in my head I was not prepared for what I would see next on UCAS. I saw the message I feared, “You have now entered clearing” and rejections from both my firm and insurance offers. My head dropped and I almost gave up hope of attending university. I went to school to collect my results and my parents and teachers encouraged me to get onto the phones straight away. I remember she said, “There’s always a chance, get onto clearing”. “The clearing system I had feared to enter actually helping me?” I thought. I was a bit of a numbskull for thinking that clearing was anything bad, but a system designed to help students to get into an appropriate university of their choice.

I got onto one of the few phones in my school and called around to universities such a range of universities including QMUL. I kept getting disconnected due to the phone lines being jam-packed but my teacher kept pushing me and said keep trying. After about 30 times ending the call and redialling, I got in touch with QMUL. Speaking to the advisors at QMUL they were willing to take me on the course I wanted (Electrical & Electronic Engineering) and were very sympathetic towards the situation I was in. Other universities I spoke to were only willing to give me an alternative as physics as a degree or telling me simply better luck next year. The office where I was calling from had a waiting queue waiting for me to get off the phone so I sorted out any calls I had to do and went home.

QMUL followed up with a 2nd email about an hour later with the provisional offer and I felt some stress be lifted off my shoulders. They were the only university to respond to me with haste. I referred QMUL to UCAS track and then there was silence for a week– two weeks where I did not hear back. During this period the stress started creeping back in. I called the clearing hotline every day asking about the progress of my application. I was worried that the provisional offer could be rescinded as I could have given some incorrect information over the phone. I saw my friends around me put out messages saying they got into their chosen universities, there I was trying my utmost to ensure I got in.

I spoke to one person on the clearing hotline who really calmed me down during this time. In such a time where I was panicking they told me of their clearing experience. They explained everything to the best of their ability and ensured that they addressed any question big or small before I hung the phone up. I felt more likely to get the confirmation after that one phone call. I remember then waking up one day receiving two emails. One from UCAS saying QMUL had made a decision and the QMUL enrolment email. I jumped out of bed and started screaming as if I had just scored a goal. Everyone in the house heard, they all knew what it meant. They were all proud of me.

It’s pretty ironic that I’m now telling my story working on the Queen Mary Clearing Team. A lot has happened in my first year of study - I love everything about Queen Mary from the campus to my friends and professors. I could never see myself at any other university. I can’t wait to study my upcoming 2nd-year modules and reconnect with my friends despite the difficult times we’ve had due to Covid-19.

That is also how I was the first person in my family to ever go to university. Not just any university, but a prestigious, Russell group institution. I’m proud to be an EECS student at Queen Mary University of London.